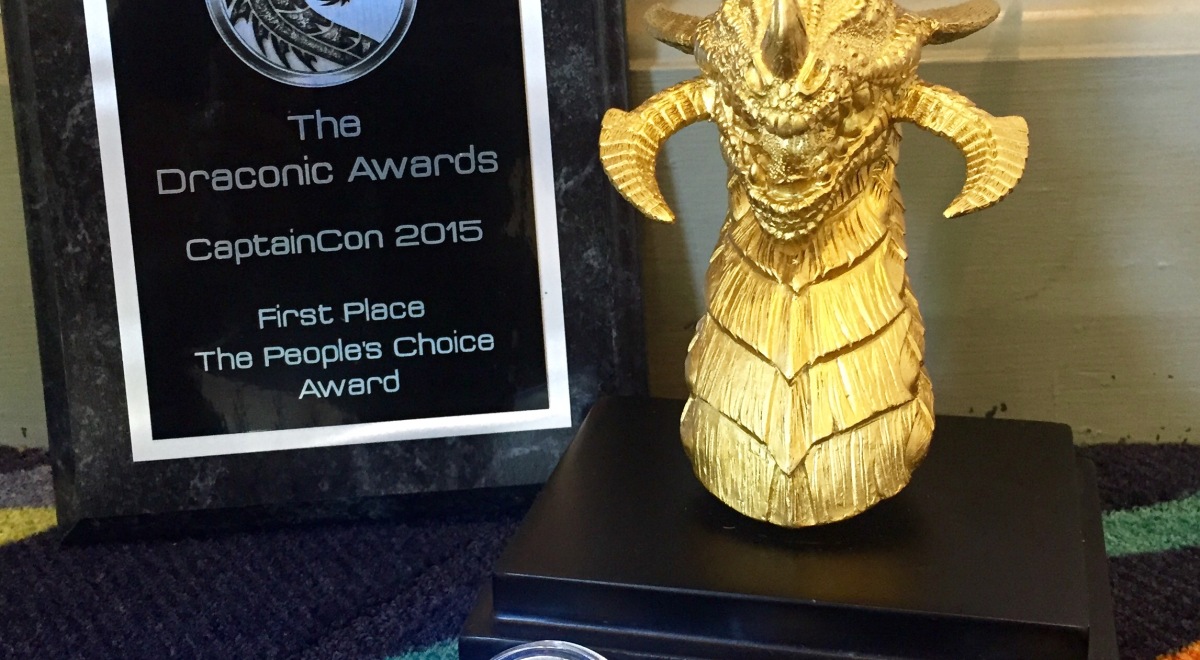 It’s official, I can now be labeled a “Mr. Fancy Pants”. That’s because this weekend I won The Draconic Awards, Captain Con 2015 Best of Show trophy. Booyah baby! Thanks to everyone over at Wargamers Consortium for putting this event together. Up until the last moments before the announcement I didn’t expect such a fantastic result. It was a great experience and one that I look forward to doing again.

Would you like to enter a painting competition? The Draconic Awards is the place to go. The organizers are super cool, talented people and provide great feedback. And furthermore, those medals and trophy are bad ass!
I had a great time at CaptainCon. The organizers were able to do a lot with the space including a demo section, tournaments, role playing games and a board game room. It was a chill convention in a nice venue and I’m really looking forward to the next time. Now if you’ll excuse me, I have some painting to do.

4 thoughts on “We Have a Winner!” Leave a comment ›

The Art of Dave Monty The Mini Painter