Hidee ho! So for the next few posts I’m gonna be focusing on my Malifuax Projects. Malifaux is a table top game produced by Wyrd Miniatures.  It’s based on a surreal, wild west, Victorian, steampunk fantasy world. A world where you’ll find undead hookers, shape shifters, the Boogy Man, gremlins and a whole slew of other characters fighting for control of a precious resource called Soul Stones. I’ve been collecting the Arcanists faction for a bit and have always liked their elemental theme. Plus, I’d been wanting to play around with source lighting for a while and the Arcanists have a lot of models that lend themselves well to that technique. So, without further adieu here’s some Arcanists fo yo ass! 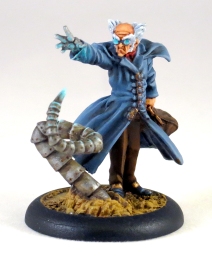 This is Ramos, the Leader of the Arcanists and the Miners & Steamfitters Union. His crew was the first one I collected because I really like the mechanical spider theme that he’s got going on. He’s the brilliant scientist every nerd always wanted to be. Well, without the whole old geezer part. This was also one of my first experiments in creating a secondary light source. I’d really like to figure out a practical way to create lighting tendrils arcing from his hand to the mechanical tentacle. If you have ideas please share. 🙂 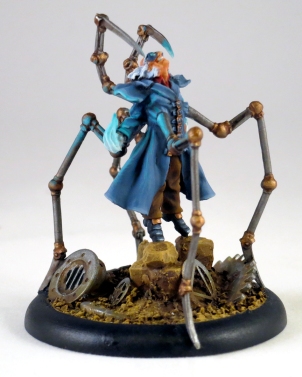 Just in case there was any doubt of Ramos’ obsession with mechanical spiders, look at him when he changes into his Avatar form. Level up Ramos! There were a couple challenges when working on this guy. From sculpting the flames on his hands to creating a base that wasn’t too distracting but still supportive of those spindly legs. I’m really happy with the way he turned out. 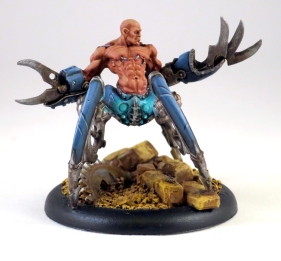 This is the Steamborg Executioner, aka Hank. Hank likes long romantic strolls and decapitations. Assembling this damned thing was the most difficult part. Once he was assembled the paint job was pretty straight forward. At first, I was tempted to paint him all  dead flesh-like, but I thought that might be a bit too cliche. So, I opted for a warmer skin tone to balance out the otherwise cool palette of his armor and lights. He looks great on the table top as a centerpiece model but doesn’t last long. For some reason people are intimidated by him. 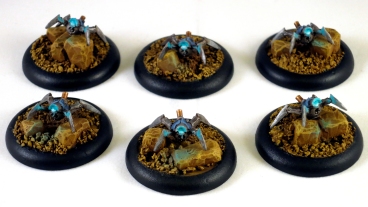 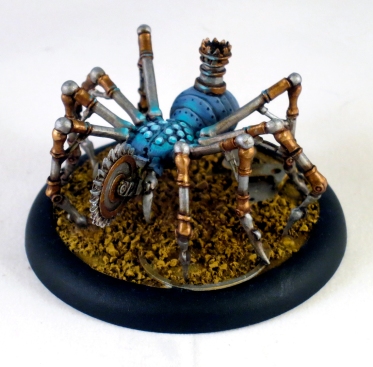 EEK! Spiders!! Run for your lives! Continuing with the spider theme, we have the many iterations of the Steampunk Arachnid. I tried to suggest some subtle reflective lighting on their bases. The results are good but could still use a bit more intensity. Ah, the artist is his own worst critic.

The Brass Arachnid is one of my favorite totems. It’s a simple sculpt that represents the steam punk theme very well. With a few quick techniques you can get very nice results in no time. What really brought him to life is the lighting. 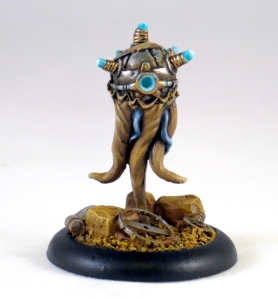 Holy floating, incorporeal, electrical, explosive, mines Batman! I wish I could field an entire army of these little buggars. They’re so much fun and a real pain in the ass for my opponents.

So that’ll do for now. Next time I’ll post my Kaeris crew. She’s a fire based Master so expect more pyrotechnics. Stay classy San Diego!